Do ALL Cows Harm Our Planet?

Article by BCFA Board members Lisa White and Susan Pierson

Cow Farts! It has been all over the news that methane from cows is contributing to our changing climate. In industrial agriculture and confined animal operations, we agree that is true. Yet regenerative, sustainable agriculture and raising of livestock, such as is practiced by so many of our local farmers, is a whole different ball game. In fact, raising animals in this way may help to solve our climate dilemma.

In an email about goings on at the farm, Sean of Tussock Sedge Farm wrote:

“During the past few weeks, much time has been spent repairing fencing and cattle irrigation lines in the fields so that all of our herds, roughly 300 cows, can begin their intensive rotational grazing for the next 7 months. If you’re unfamiliar with the term, rotational grazing is at the cornerstone of regenerative agriculture practices. It involves giving animals just enough pasture to consume for a specific time frame – for us that is typically one day. The herds will quickly graze down the field before moving ahead the following day. Paddocks that have been grazed are then allowed to rest and regrow for at least 1 month before the animals return. This action very much mimics nature, as the most nutritious plants are consumed and less desirables are often trampled into the ground. This trampling action incorporates plants and animal manure into the soil, increasing organic matter and sequestering carbon.  Recent studies have shown that truly pasture raised, 100% grass fed meat has a negative carbon footprint – meaning that it captures more carbon that it requires to produce.  Perennial pastures that are not tilled or turned over, have the ability to store massive amounts of carbon in the soil. Here are the hard numbers for comparing net total emissions per pound of meat raised (the lower the number the better):

This amazing bit of science came from a study by Quantis International, a consultancy company that “guide(s) top organizations to define, shape and implement intelligent environmental sustainability solutions.” Here is a link to the study: https://blog.whiteoakpastures.com/hubfs/WOP-LCA-Quantis-2019.pdf. It was done for White Oak Pastures, a farm in Bluffton, Georgia and General Mills (who sources from White Oak Pastures for their EPIC brand products).  An article about the study, White Oak Pastures, and its history makes for interesting additional reading and is found here. This article by prnewswire.com, states that “The research team was so astounded by White Oak Pastures LCA that they called in academics from other universities and institutes to confirm the methodology.  Their results were so compelling that the lead researcher, Dr. Jason Rowntree of Michigan State University, plans to publish them in a peer-reviewed journal later this year.” More studies such as the ones done by Quantis, are absolutely necessary to begin to change the false belief that cows are the ones causing the problem. When in reality, the problems arise from the way in which the animals are being raised. It is the ‘HOW’ not the ‘COW.’

These carbon emission comparisons by themselves are impressive but it is important to keep in mind that these are only one piece of the picture when understanding the full climate and health impacts of industrial and regenerative meat production methods. Corn, soy and other GMO crops that are used to feed cattle in the industrial system are raised with heavy application of herbicides (such as Roundup) and pesticides. The runoff from these crops have created an increasingly large dead zone in the Gulf of Mexico as rain pushes the chemicals down local waterways to the Mississippi and the Gulf. Roundup negatively impacts our gut biome which weakens our overall immune system and has been linked to cancer. It persists in the environment and accumulates up the food chain, even showing up in mother’s milk. Not to mention the damage these chemicals wreak on plants and wildlife. In addition, the massive concentration of manure from feedlots causes serious and compounding water and air pollution as well as economic loss to the nearby communities. On the other hand, cattle raised on pasture require no chemical inputs and the manure is naturally transformed into healthy living soil.

The 2020 documentary Sacred Cow (https://www.sacredcow.info/) attempts to begin to change that perception. Holistic Management International, the Savory Institute and other organizations have been engaged in field studies on rotational grazing around the world as well as training farmers and ranchers in the methodology.

If you do eat meat, we encourage you to make all of your meat purchases from the many BCFA local farmers who use these carbon capturing, regenerative and sustainable practices. Learn as much as you can about the benefits of regenerative agriculture on climate change mitigation as well as the resilience of our local economy. 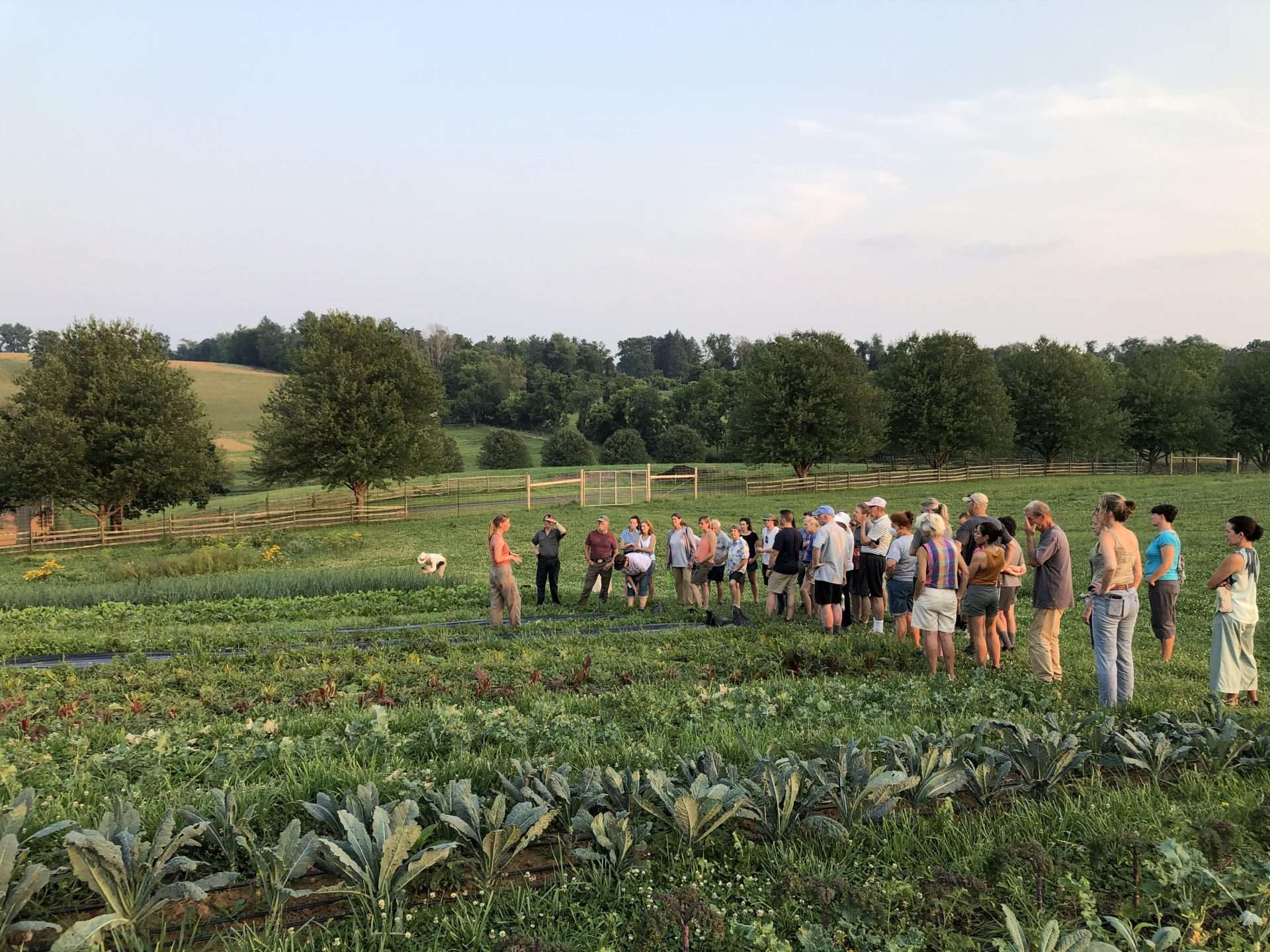 Article by Lisa Braud The saying goes, “know your farmer, know your food” and on July 7th, we had the pleasure of meeting the team behind Spring Creek Farm and learning more... 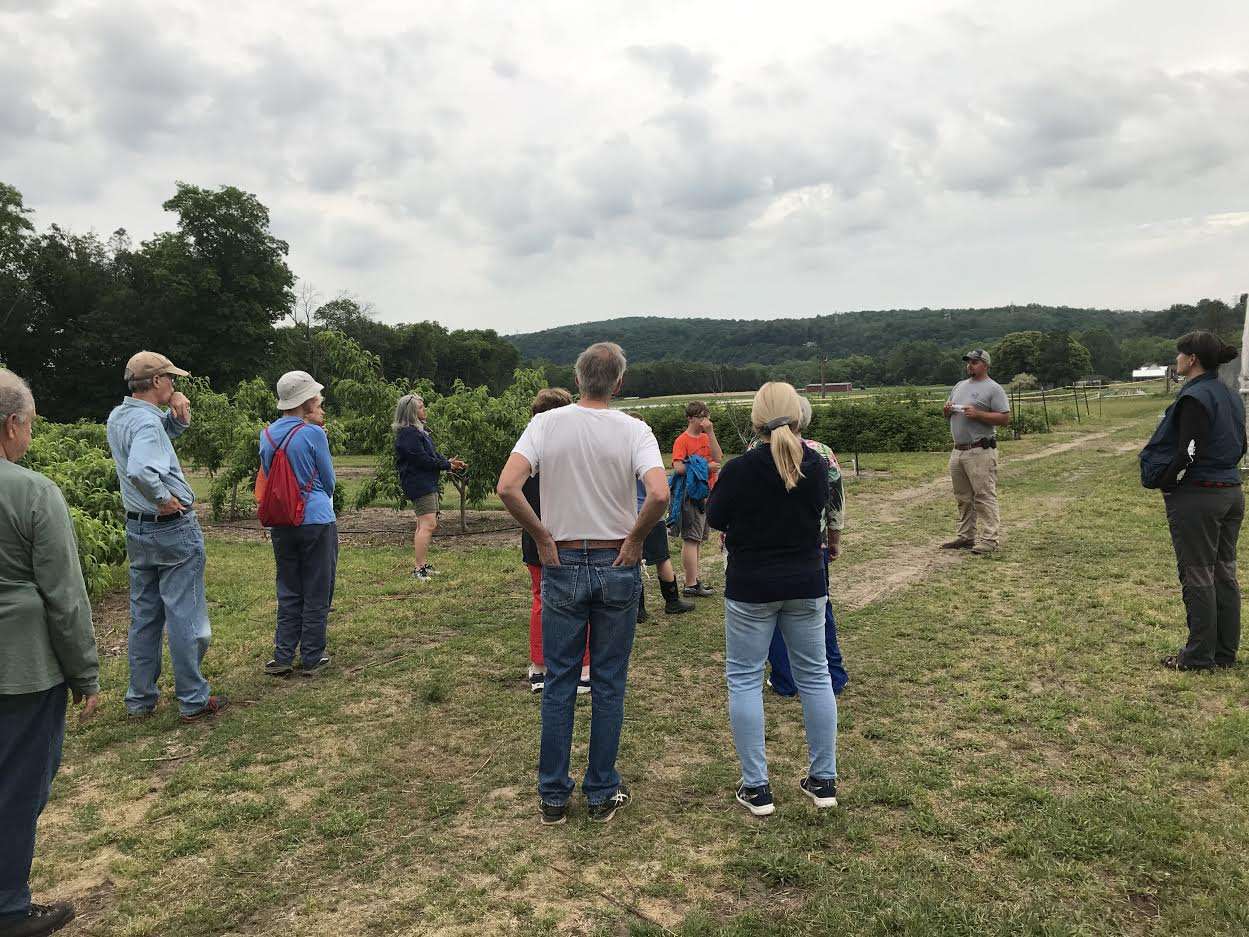 A Beautiful Evening at Trauger’s Farm

A Beautiful Evening at Trauger’s Farm

“Knee high by the fourth of July” is what we expect… but Trauger’s farm in Kintnersville had local corn for us at the Doylestown Farmers Market already on July 3rd!  How...

Free Range Versus Pastured: A Guide

Free Range Versus Pastured: A Guide

Free Range labels are regulated by the USDA only for poultry produced for meat. The requirements are very high: poultry can use the label if the chicken had any access to the...