I always try to give you healthy if not balanced nutritional recipes to make the most of our delicious market ingredients. But this week, I’m throwing balance to the wind and sharing a decadent apple dessert, my Maple Apple Bourbon Gooey Butter Cake. That’s right, gooey butter cake. We are not counting calories today. It is just as it sounds; gooey, full of rich butter, maple and apple flavor, accented with the depth of Bourbon and decadently sweet. It’s not a fancy looking cake but after one bite, you won’t notice. Warning: you should sit down when you take a bite because you may fall over from the deliciousness.

But first, let’s give apples their nutritional spotlight. Yes, it’s true, an apple a day keeps the doctor away. Concentrated nutrition and antioxidants in the skin as well as being deeply hydrating, apples contain electrolytes, trace minerals and critical mineral salts. “Never underestimate the power of an apple. This fruit’s anti-inflammatory properties make it a top pick when you’re faced with practically any illness… Red-skinned apples with the most color are best.” says Anthony William in his book Life-Changing Foods.

Apples work well in savory dishes as well as sweet ones. Normandy, France, famous for its apple production and products like Calvados (apple brandy) and hard cider, uses apples in myriad desserts as well as in pork stews and other roasted meats. Normandy’s apples, while numerous and delicious, are not pretty eating apples. Normandy apples are for cooking. A strong flavored, firm apple is what is called a cooking apple. A sweet, crisp and juicy apple is what is called an eating apple.

And what about the term heirloom? What does that even mean? Well, generally speaking, heirloom refers to varieties that were grown before large scale commercial farming, before WW2, about 50 to 100 years ago.

If you’re a fan of heirloom varieties of apples, or any fruit or vegetable, you must read the story of Lee Calhoun from North Carolina. He has single handedly saved the South’s heirloom apple varieties. Read about Lee here: The Local Palate – Meet Lee Calhoun.   Beyond the flavor of an heirloom apple, I love the names, like: Orleans Reinnette (a very old French variety with a slight orange flavor), King David (a crisp and spicy cross between Johnathan and Arkansas Black), Ribston Pippin (from Normandy, France to Yorkshire England to America, firm crisp yellow flesh with a pear taste), Pink Pearl (pink fleshed with a hint of grapefruit flavor), Roxbury Russet (from Massacheussets, the first American apple), Ashmead’s Kernel (a very old European variety for the connoisseur), Spitzenburg (from Upstate NY, a favorite of Thomas Jefferson), Arkansas Black, and Calville Blanc, just to name a few. Heirlooms like Cortland, Winesap, Mutsu and Northern Spy are some of the heirloom varieties we can find at our farmers market. I find these flavor distinctions and history fascinating! Heaven surely contains an apple orchard.

I’m also sharing my crumble topping recipe. When you’d like a dessert but don’t want to shoot your blood sugar into space, my crumble topping is an easy go-to. Just cook some apples in a little butter and a little brown sugar in a saute pan for a few minutes – and you wouldn’t be wrong to add a few tablespoons of rum, Bourbon or Calvados –  then put them in a pie plate and top with my crumble. Pop it in a 400 degree oven for 15 to 20 minutes or until the crumble is browned. You’ve got a well balanced dessert to make the most of the season. Enjoy!

¾ cup butter (can be either salted or unsalted)

2 large apples, diced (DO NOT peel)

Preheat oven to 350 degrees. Line a 9×13 baking pan with tin foil, enough to go over the edges of the pan and spray with cooking spray. In a medium/large saucepan or small soup pot, melt 2 tablespoons of butter over medium heat and add diced apples. Cook for about 10 minutes or until tender, be sure to stir gently to not break up the apples. Remove from pot and set aside. Melt remaining butter in the same pan/pot over low heat. Remove pot from heat.  Add sugar and maple syrup and stir with a whisk until combined and smooth. Gently whisk in bourbon and then the eggs until well combined. Whisk in the flour, powder, soda and salt. Stir in the cooked apples. Pour batter into the baking dish and spread evenly. Bake for 30 minutes or until evenly puffed and browned. Allow to cool in the pan before icing and cutting. The bourbon flavor develops over the course of a few hours so these are best made slightly ahead and allowed to sit for a few hours.

Icing: In a small bowl stir ingredients together. Use the tin foil edges to lift the cooled cake out of the pan and spread icing evenly. Allow to set for about 15 minutes before slicing. Finely chopped pecans can also be added to the icing OR pecan halves can be used to garnish each slice of cake.

Option: You would not be wrong to add ½ cup of chopped pecans to the apples when you cook them in the butter or to garnish the iced cake with pecan halves.

Crumble topping: Stir together with a fork until the butter coats all the ingredients and a crumbly texture starts to form. Spoon on top of fruit and bake at 400 degrees until crisp begins to brown, about 15 to 20 minutes.

Note: to use for a savory dish, omit the sugar, cinnamon and vanilla or almond extract and add 1-2 teaspoons of dried spice of your choice, such as Herbs de Provence, oregano, thyme, rosemary, etc.

Volunteers are needed Saturdays through November 19 for a number of tasks, including: Set Up - from 8-9AM - volunteer will help set up Market Welcome Tent, weights, signs,...

BCFA is excited to share our program called Feed a Family Support a Family Farm! The program aims to expand access to healthy local produce by providing excess produce from...

Joyce Marin of Macungie Mountain Herb Farm granting a wish from the Pink Hibiscus Magic Teapot (every Saturday at the Market). The Wrightstown Farmers Market opens its regular... 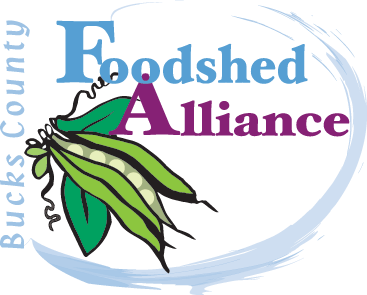